Sharing my past with my daughter

When I started writing The Ticket, my oldest child which just so happens to be my daughter and my mini-me, would frequently ask me why I wrote a book about such a sad thing. The usual response was, “My heart is very heavy for children that have been hurt deeply by adults in their life.”  That sentence seemed to hold off the inevitable conversation.The conversation I had always told myself she was just to young to know, but the truth is, I was just not ready to share that part of myself with this perfectly intact little girl. 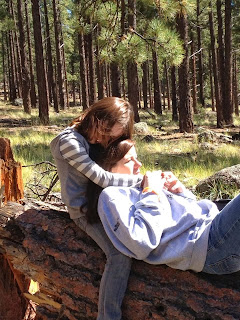 In our home, it’s a normal conversation for us to talk about modesty, the sacredness of their little bodies, and the appropriate behavior of trusted and non trusted adults. My children are comfortable with using correct body part names and talking about their bodies and what they feel is appropriate. I have never shied away from educating them in healthy and age appropriate ways about their own bodies. Even still, I knew this conversation would be different, it wasn’t just telling her there are some bad people in this world that hurt children, it would be telling her that one of these bad people not only is real, but existed in our own family and that he hurt her mom in horrible ways. I struggled with wanting to keep her young longer and not having to bring her into the sadness that does exist in this world.

This past week, I was writing in my office, when my daughter came in to see what I was doing. While sitting next to me she asked me what I was writing about. I told her, “I am writing about the courage and strength that a lot of amazing people have.”  Suddenly, I knew it was coming. I could see it in her eyes, the question that my heart knew was time to talk about with her. She asked me a similar question to what she has asked before, but this time I responded with “I write about this topic because I was one of these children.” I looked calm and spoke softly but my heart was racing. I thought telling her would be nearly as hard as talking about it had been when my abuse was first exposed. My daughter’s first response was asking me if it hurt? I told her that it hurt my heart much worse than it hurt my body, but yes, it did hurt. She asked a few more simple questions that I was able to answer, then she went on her way. A few hours later as I was cooking dinner she walked into the kitchen, hugged me and said, “I am sorry that happened to you." I responded with, “me too”, and then she was off playing again.

That was it, it was all she needed to know and all I needed to hear. The simple words that she spoke meant so much to me. I also realized telling her wasn’t as scary as I thought it would be. She is an amazing young lady and I am so blessed to be her mom. 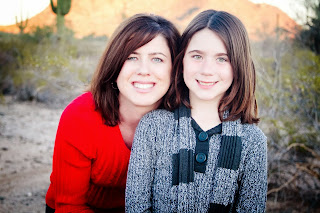 Nicole Martin, Gracie's Ticket
The Ticket provides any child in a sexually abusive situation the means to safely reach out.  It’s a must for teachers, counselors and parents alike